MORRISVILLE, August 1, 2019 – New research released today by Lenovo (HKSE: 992) (ADR: LNVGY) shows how education around the world has been positively transformed thanks to smarter technology, creating a generation of independent learners and problem solvers.

The research, which surveyed over 15,000 individuals globally – including the US, Mexico, Brazil, China, India, Japan, UK, Germany, France, and Italy – reveals that three-quarters of parents (75 percent) say their kids are more likely to look something up online than ask them for help when it comes to a question about schoolwork. The countries where this was most prevalent was India (89 percent) and China (85 percent), both of which have also seen a rise in parents using technology to assist with their kids’ learning in recent years1. The least was in Germany, at 54 percent, where according to the Lenovo survey people are reported to be more wary about tech in general, especially in the classroom. However, tech adoption is beginning to become more wide-spread in Germany following an initiative from the government in 2018, to equip more than 40,0002 schools with newest computers and software.

Parents depend on tech, too

On the flipside, 60 percent of parents also say they have, at least once, looked something up online and then pretended they already knew the answer when helping their child with schoolwork. This was most common with STEM subjects such as Mathematics (45 percent) and Science (38 percent), as well as Geography (36 percent) and Foreign Languages (35 percent).

Most global respondents (83 percent) agreed that advances in technology in education are helping students perform better in school. Likewise, a substantial majority of working parents (84 percent) said current and new technologies encourage more parents to remain in the workforce due to the personal benefits it brings while also enabling them to stay more connected with their families.

This was highest in China and India, with a massive 95 percent of respondents in both countries believing tech is helping to balance their careers and parenting lives, followed by Brazil at 89 percent. The countries that agreed least with this sentiment were, again, Germany (68 percent) along with Italy (71 percent), perhaps indicating tech is less of a deciding factor in the equation of whether parents stay in the workforce.

While technology has many positives in aiding learning (use of high-speed Internet, automated translation tools, and accessibility features), 72 percent of parents said they have concerns it could create dependencies in young people, potentially affecting social skills.

On the contrary, 73 percent said they trust technology is aiding future generations to be “more independent learners and problem solvers.” This notion was felt lowest in the US (59 percent) and highest in India, with 91 percent agreeing, which could be related to the country’s growing reliance on technology to help educate younger generations. A recent report3 established that the majority of mothers in India are using smartphones for parenting, with eight in 10 believing technology has made parenting easier. This suggests that parents in the country are seeing the true transformative power of technology, for example how some schools are beginning to adopt VR to create inclusive and immersive learning environments, supporting students facing physical, social or cognitive disabilities.

As for youths themselves, global Gen Z and millennials generally feel that technology has had a positive role in their education, with 41 percent agreeing it makes it easier to find out about causes or social issues they care about. The sentiment was shared by the general population, too, with almost half (49 percent) believing technology will be “extremely important” in solving future challenges in education.

Psychologist and founder of Digital Nutrition, Jocelyn Brewer, comments:
“Not only has much of the curriculum taught across the globe been revamped and updated in recent decades, but pedagogy and ways of learning have shifted as well. Many parents regularly report feeling unequipped to help their children with aspects of study beyond moral support and emotional encouragement to achieve in school.”

“Parenting in a digitally saturated world can pose additional challenges for modern families, as educational technology might feel quite foreign to their own experiences of learning and socializing. Parents might feel overwhelmed and confused about how to best support their children to develop the academic, social-emotional skills that help them achieve life success as well as satisfaction. They are seeking practical and positive support that balances the value of technology to support learning and avoiding sources of distraction.”

Dilip Bhatia, Vice President of User and Customer Experience, Lenovo, comments:
“There is no doubt that the world of education is being transformed due to smart technology, offering children the opportunity to be adventurous and independent learners, who are empowered to find out the right answers themselves. As with everything, it is important to strike the right balance on and offline, but technology can be a uniting force for families. It is also important to remember that some parents are better equipped to offer children answers on educational subjects than others, especially in different regions across the world.”

“However, our technology solutions allow students to experience immersive, active learning that is not confined to the classroom. And so it’s clear to see that world-over, tech is a universal leveler, allowing more children access to a plethora of information sources rather than being reliant on the expertise of adults in their immediate proximity.”

Lenovo surveyed 15,226 people in eight languages across 10 global markets, including the US, Mexico, Brazil, China, India, Japan, UK, Germany, France and Italy. The respondent sample was nationally representative of the online adult population (18+) in each market. 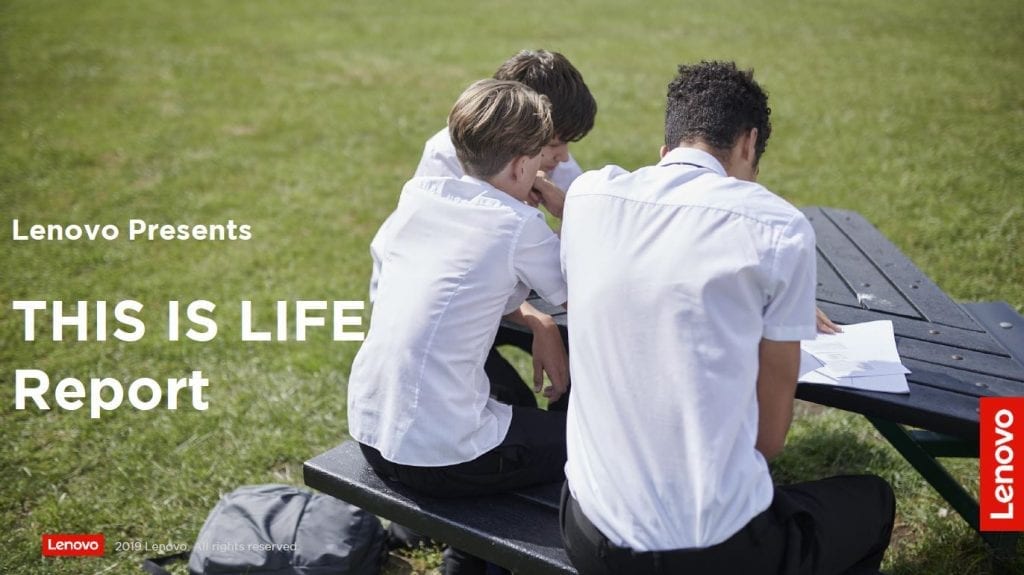