IDC has forecast that Ethernet datacenter switches running SONiC, an open-source network operating system, will generate more than $2 billion in revenue by 2024. That forecast is predicated not only on continued adoption of SONiC by hyperscalers, but also on SONiC use by a growing number of customers at enterprises, tier-2 clouds, and telecom service providers.

In this blog post, we’re going to explore how SONiC has evolved to become more attractive to enterprises and other non-hyperscalers.  First, let’s briefly review its origins. SONiC was first released by Microsoft in 2016 and contributed to the Open Compute Project in (OCP) in 2017. It is built atop the OCP’s Switch Abstraction Interface (SAI), allowing it to run across various hardware platforms powered by a wide range of network silicon. As a result, customers that adopt SONiC have achieved flexibility and choice in how they have designed, built and managed their networks.

SONiC has evolved considerably since its inception. Its growth has been nurtured by an increasing number of users, a vibrant open-source community and a growing ecosystem of vendors. Another factor behind SONiC’s wider appeal is that many non-hyperscalers are seeking to emulate the best practices of hyperscalers, but they want to do so on their own terms, with technologies and products adapted and suited to their environments and needs. In this regard, SONiC fits the bill, providing a Linux NOS that can be managed by the same automation and management tooling, if not the same teams, that manage Linux servers. The resulting benefits include tool consolidation and consistent operations across datacenter infrastructure, which can result in lower capex costs and reduced operating costs.

The fast-expanding community and the vendors that serve it have responded well to enterprise demands. Nonetheless, enterprises that wish to adopt SONiC should ensure that they get all the features they need today, as well as a long-term road map that aligns with their future direction. Another important consideration is enterprise-grade service and support.

From a functional perspective, organizations will want to ensure that they adopt a SONiC distribution capable of supporting modern datacenter network architectures and cloud-centric network operations in enterprise contexts. They’ll want to look for a SONiC distribution that possesses openness and programmability to facilitate integration with popular orchestration systems, software defined networking (SDN), open-source configuration automation systems such as Ansible and open-source tools such as Telegraf, Grafana and Prometheus. Additional considerations are support for OpenConfig APIs and advanced telemetry, which are increasingly important for agile operations that include root-cause analysis and fast troubleshooting and remediation of network issues.

Architecturally, enterprise IT buyers will want to ensure that SONiC can support common, high-value datacenter-network use cases. These use cases include a flat, highly scalable leaf-spine Clos datacenter fabric that leverages Layer 3 Border Gateway Protocol (BGP), just like a hyperscale datacenter network but adapted for the enterprise, and a highly scalable, leaf-spine Clos datacenter fabric that supports Virtual Extensible LAN (VXLAN) tunneling of Layer 2 traffic over a Layer 3 BGP-EVPN. While the former is best suited to modern applications, the latter can accommodate both traditional and modern applications, including those built with containers and microservices and orchestrated with Kubernetes.

Those capabilities translate into a range of benefits for various constituencies and stakeholders in the enterprise. Enterprise financial buyers will be inclined to bless an investment in a datacenter network that delivers compelling ROI. A CIO or other C-level technology buyer will also be concerned with cost savings and business benefits. They’ll also perceive value in the operational efficiencies derived from the use of a modern Linux NOS with microservices-based modularity, as well as from how the network software contributes to increased agility and network alignment with the needs of DevOps.

While cloud and IT architects will note the same benefit, they’ll also put a premium on integration with popular Linux automation tools, including Ansible and Terraform, as well as on how SONiC facilitates network programmability for optimizations and rapid change management. Last but not least, modern NetOps teams benefit from a NOS that allows them to move as fast and effectively as the business requires. Reliability and scalability also rank as perennial concerns for network operators, who will value robust Layer 2 and 3 protocol support and the assurance that derives from a predictable road map with a continual stream of enhancements relative to their needs.

SONiC has come a long way since its inception. The capabilities and benefits discussed here suggest that it’s ready for a significant new chapter in enterprise datacenters. 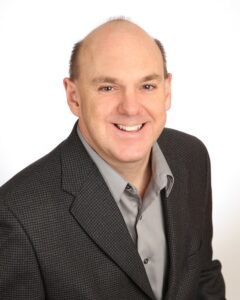 Enterprise SONiC Distribution by Dell Technologies is the first commercial version to provide enterprise-ready features, a dedicated roadmap and global support for large-scale environments. We’ve added additional capabilities and hardened it with extensive real-world testing and validation across our Dell EMC PowerSwitch portfolio.  Enterprise SONiC builds on Dell Technologies long history of collaborating with and contributing to the open source SONiC community with new features and capabilities ranging across the protocol stack and management applications, including a centralized management platform and a growing ecosystem of partner automation and orchestration applications. Learn more about Enterprise SONiC here.