At its Datasphere virtual conference, Seagate introduced a revolutionary open-source object-storage software, along with a reference architecture powered by it and a corresponding developer community—all built to manage the massive surge and sprawl of unstructured enterprise data such as videos, analytics, medical imagery, IoT sensors and more.

“We live in a data economy,” said Seagate CEO Dave Mosley. “The value of enterprise data is too often untapped. Businesses struggle to access their data’s full potential. Seagate tailored its offerings to match the new information-hungry reality. The cost-effective, frictionless and reliable data management innovations that Seagate unveiled today will help companies get more value out of their data.”

The new enterprise solutions include CORTX™ software, the collaborative, open-source CORTX™ Community and the Lyve Drive™ Rack reference architecture, which is powered by CORTX software. Here’s a closer look at what’s new.

CORTX is open-source, object-storage software designed by Seagate data scientists and big data storage experts with deep expertise in object-storage software. Object storage is a means to efficiently manage and catalog large amounts of data into flexible packages, or objects, which can be quickly searched and analyzed in large volumes. It’s an efficient method of storing data for IT 4.0 workloads like artificial intelligence, machine learning and IoT devices.

Seagate’s CORTX software gives developers and partners access to mass capacity-optimized data storage architectures. With CORTX, Seagate is bringing a private-cloud storage stack that was designed from the ground up to accentuate all of our device-level innovations and make it available to the enterprise world through an open architecture.

“To be clear, we’re not on a mission to make Seagate a software company, but we are creating and using software to help enable a vibrant, innovative ecosystem around our core device technology,” said Ken Claffey, VP and GM, Seagate enterprise data solutions. “We want every enterprise in the world to be able to easily build their own mass capacity-optimized, private storage cloud that’s based on our technology stack.”

Many customers have told Seagate they want to avoid closed proprietary designs that lead to vendor lock-in. Seagate listened, and that’s why  CORTX is 100 percent open source with a community- development model.

Open source can spur greater innovation, with better security and ultimately better software, while also reducing IT costs. With CORTX, customers can store more of their data on private or edge clouds without having to pay costly license fees from independent software vendors or the high storage as a service costs of public clouds.

Several early adopters have been testing the software and participating in the CORTX Community, including the French Alternative Energies and Atomic Agency (CEA).

“CORTX is now proving to be a very powerful and flexible object storage, which can be used to implement very large-scale data storage,” says Jacques-Charles Lafoucriere, program manager, CEA.

Other early adopters of the software include Toyota Motor Corporation, Los Alamos National Lab and Fujitsu Limited, among other enterprises. 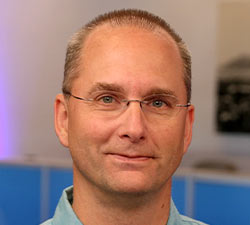 Jeff McAffer, GitHub: “Seagate delivers an open platform, with all the feature sets and roadmaps driven by the community—for the community.”

CORTX Community is a group of open-source researchers and developers working together to enable mass-capacity object storage for the world’s proliferating data sets. CORTX software is now available for download and collaboration on the development platform GitHub.

“Seagate delivers an open platform, with all the feature sets and roadmaps driven by the community—for the community,” says Jeff McAffer, senior director of product at GitHub. “It’s the kind of setting in which innovation happens.”

Semiconductor giant Intel is among the tech firms supporting the CORTX Community.

“Open-source innovation in high-performance storage is critical to propel cloud, HPC, AI and communications networks to higher levels of performance in the coming data era,” says Bryan Jorgensen, VP in Intel’s data platforms group. “Intel plans to work within the CORTX Community to enable and optimize this exciting open-source technology with our relevant platform features. We’ll also be working with Seagate to integrate those same technology innovations within the mass capacity-optimized Lyve Drive Rack reference design.”