More than 250 million computers are sold each year and NetMarketShare reports that 2.87 percent – roughly 7.2 million users – are using those computers to run Linux®1. Once thought of as a niche IT crowd, this user base of data scientists, developers, application engineers, scientists and more is growing – stepping into sought-after roles across multiple industries and becoming essential within their companies.

Now, I’m excited to share Lenovo is moving to certify the full workstation portfolio for top Linux distributions from Ubuntu® and Red Hat® – every model, every configuration.

While many users prefer to customize their own machines – either on hardware without an OS or by wiping an existing client OS, then configuring and installing Linux – this can raise uncertainty with system stability, restricted performance, compatibility, end-user productivity and even IT support for devices. Now that these users are making their way out of the proverbial shadows and onto the enterprise floor, the demand is high for an out-of-the-box solution that removes the barrier for deployment of enterprise-grade hardware within a Linux software ecosystem.

For the users deploying Linux on a desktop or mobile workstation, Lenovo has historically certified only certain products with a limited subset of hardware configurations. Our entire portfolio of ThinkStation and ThinkPad P Series workstations will now be certified via both Red Hat Enterprise Linux and Ubuntu LTS – a long-term, enterprise-stability variant of the popular Ubuntu Linux distribution. This total certification will assure users their workstation investment is tried, tested and officially verified.

To ensure an effortless Linux experience, Lenovo workstations will work intuitively with the host Linux OS and offer full end-to-end support – from security patches and updates to better secure and verify hardware drivers, firmware and bios optimizations. What’s more, Lenovo will also upstream device drivers directly to the Linux kernel, to help maintain stability and compatibility throughout the life of the workstation. 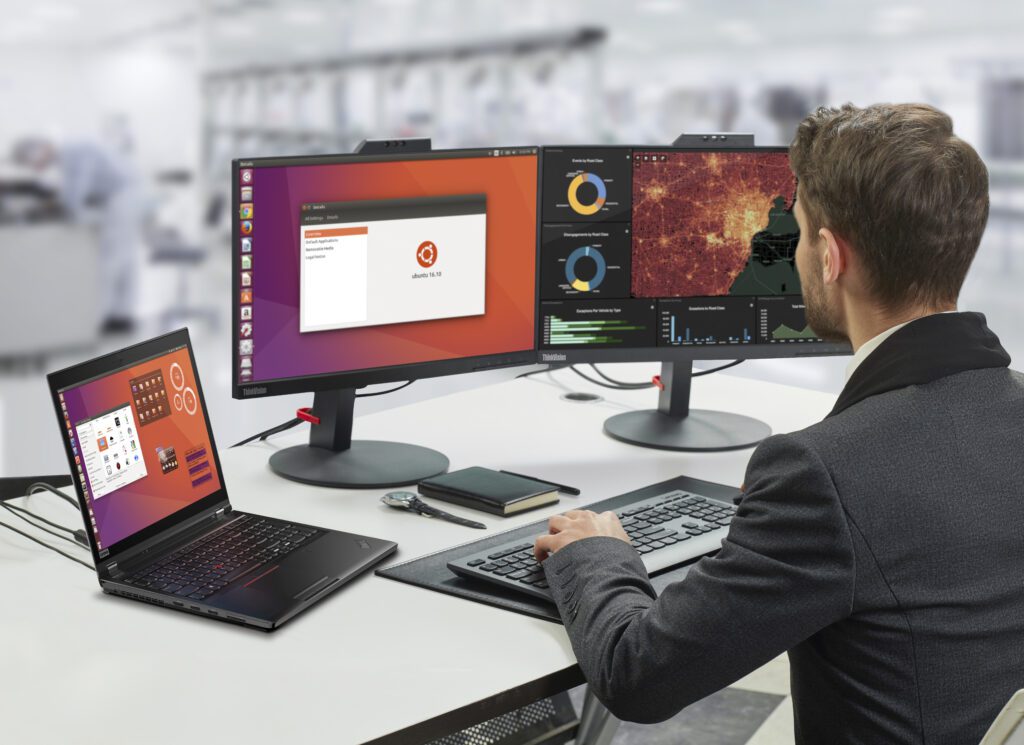 Everyone from software developers, media and entertainment professionals, system administrators, AI professionals, IT engineers and data scientists will have access to some of the industry’s broadest selection of software, AI frameworks, and workflow enhancement tools. This adds increased flexibility for companies most powerful employees.

With the preloaded OEM version of Ubuntu LTS, Lenovo provides a highly stable and more secure version of the widely used Ubuntu distribution. Ubuntu LTS benefits from an extended five-year support cycle, providing increased user confidence and system stability across their deployment. Canonical, the company behind Ubuntu, performs certification and regression testing on these systems on an ongoing basis to ensure that it remains as stable as possible for end-users.

Red Hat: Fedora and Beyond

Also, in the Red Hat ecosystem, we have partnered with the Fedora project to offer a pilot program with a preloaded Fedora image on our ThinkPad P53 and P1 Gen 2 systems; providing the latest pure open source platform for this community-based distribution.

Utilizing Red Hat Enterprise Linux and Ubuntu LTS not only benefits users, but also their IT departments. Without specialized knowledge of Linux and its diverse landscape, IT departments are unable to troubleshoot issues, burdening the user and often complicating device management. Lenovo’s Linux preloads reduce end-user complexity, giving IT managers more visibility and autonomy over devices in their network, in addition to integrated support from Lenovo, Red Hat and Ubuntu. This finite foundation gives IT departments an easier route of deployment and insights about which version their employees are using and how to best support their devices, helping to simplify management across the organization.

By certifying our entire portfolio of ThinkStation and ThinkPad P Series workstations, we are prioritizing the needs of specialized end-users and helping to ensure our workstations will deliver the best possible out-of-the-box Linux experience – increasing the flexibility of users across all industries.

Our certified portfolio of workstations will be available fully customizable and configured-to-order starting this month rolling out over summer starting with the ThinkPad P Series mobile workstations.  Going beyond the box, this also includes full web support, dedicated Linux forums, configuration guidance and more.